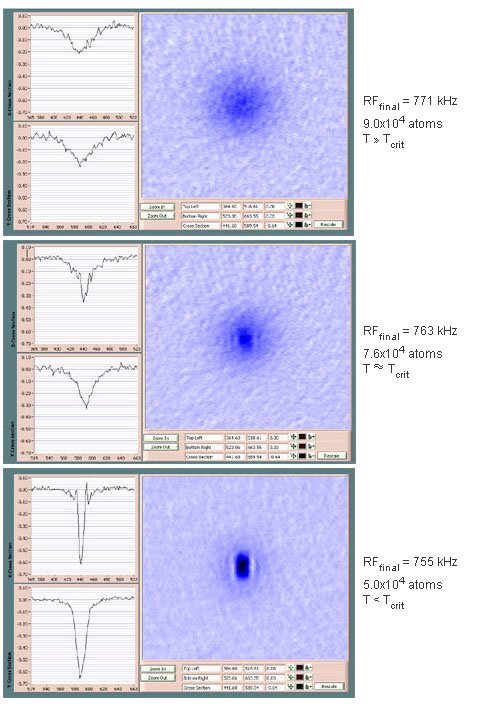 We are happy to report our first observation of BEC achieved using an atom chip constructed at Swinburne University of Technology. Using a pulsed dispenser method we collect ~3x108 Rb atoms in a Magneto-Optical Trap. 5x107 atoms are transferred to a magnetic trap formed by a current carrying structure on the chip. A 10 second rf ramp from 15MHz to ~ 760kHz evaporatively cools the atom cloud until we reach the BEC transition at ~765kHz. The condensate has approximately 50,000 atoms. The three absorption images below are taken after 30ms of free expansion for final rf frequencies of 771, 763 and 755 kHz. They show the Gaussian distribution of a thermal cloud, the bimodal distribution of a ~50% condensate and ~50% thermal fraction cloud, and a near pure condensate respectively.