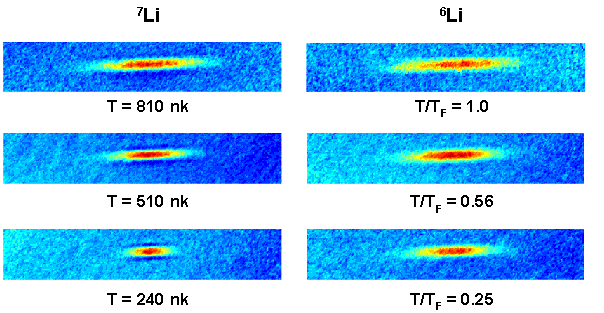 
"We report the attainment of simultaneous quantum degeneracy in a mixed gas of bosons (lithium-7) and fermions (lithium-6). The Fermi gas has been cooled to a temperature of 0.25 times the Fermi temperature by thermal collisions with the evaporatively cooled bosons. At this temperature, the spatial size of the gas is strongly affected by the Fermi pressure resulting from the Pauli exclusion principle and gives clear experimental evidence for quantum degeneracy."