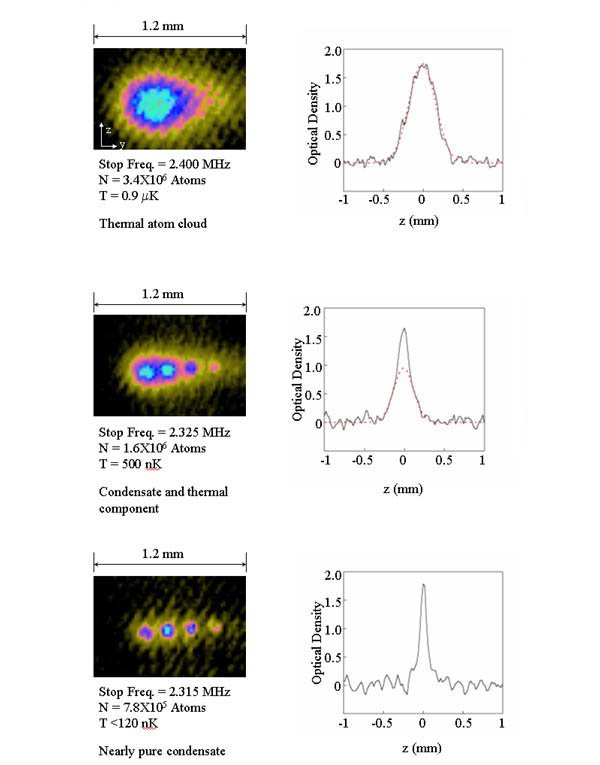 Baolong Lu and William van Wijngaarden are pleased to share that a Bose Einstein condensate was achieved in rubidium 87 on Friday evening Sept. 26. This was done in a so called QUIC (Qudrupole plus Ioffe Coil) trap. Above are three pictures taken as a function of the final evaporation frequency. These pictures were taken 18 msec after the magnetic fields are turned off. A probe laser then passes through the cloud and is imaged using a CCD camera. The adjacent figure on picture 1 shows a nearly perfect gaussian fit indicating a thermal cloud of atoms present. Picture 2 shows a mixed condensate thermal component while picture 3 shows a nearly pure condensate. The reason why the condensate breaks up into several clouds when the magnetic fields are turned off is that the magnetic field of the quadrupole and ioffe coils do not switch off exactly in sync. Without a magnetic field, the atomic spins change direction. Field gradients then exert different forces on the various magnetic sublevels.